Eastern Ukraine in the post Yeltsin era - a land ruled by Oligarchs and Russian Mafia. In the face of departing Russian might, two intrepid Ukrainians steal one of Russia’s most prized possessions – and unknowingly trap a vulnerable young woman in a terrifying race to save her mother’s life – a race she cannot survive - a race she has no means of winning - a race she will never give up – a race taking her far across the ocean -  a race where security services struggle to beat untold devastation to a capital city:  wrongly identified as a terrorist, - small and defenceless, she will not be beaten.

Unsurvivable - A new series of thrillers

When one of their own goes missing, the characters you have encountered in Tide Race set out on a search that becomes truly hazardous.  Things are never simple as the story soon straddles the length of Europe and they become entangled in yet another international conspiracy.

Map of routes followed by characters 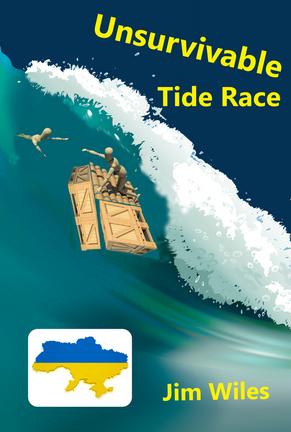 Get a copy now on Amazon

The Unsurvivable series is entirely a work of fiction.  Any images portrayed here are purely for illustrative purposes.

Kit Clifton hates injustice and her town is run by a corrupt domineering Mayor. It is uncertain which of the Mayor’s characteristics caused her to act, but when a local Disability Help Centre is under threat, she takes things into her own hands. However, the criminals supporting the Mayor are not the people to stand idly by. And then there is the Deputy Head of MI5. Why has he got Kit under surveillance?

First published under the title Tide Race and pen name James Bigbury, this abridged book will soon be released as part of a linked set of books - the Unsurvivable series.